What is A/B testing, and how to run it?

Every single click leading to or within your website provides valuable information about what your visitors are looking for and how your content matches their expectations. This is why testing is so important in affiliate marketing, and especially important is A/B testing. It helps to identify needs and ways to meet them. Since effective affiliate marketing is mainly about conversions leading to the leads, success depends on how well your content matches the needs of your potential clients.

What is A/B testing?

A/B tests or split tests are a sort of experiment used to determine whether a given variable entered on a page can positively affect the conversion rate. In other words, the A/B test is a controlled method that compares two (or more) different versions of specific content (e.g., ads, websites, emails) to identify the best performing option.

How does A/B testing work?

The basis of action is to choose the best and most effective version of a landing page, newsletter, or website. The A/B testing technique is based on dividing the list of potential customers into two groups and providing them with different versions of tested solutions. The method is implemented by creating a page with changes (B) and comparing its results with the original (A). Naturally, this option wins, whose results are better in terms of conversion. Remember that AB tests do not have to include only two variants.

It is common practice to carry out a test with three variants simultaneously (thus obtaining an A/B/C test). You can also use multidimensional testing. It works on the same principles as classical AB testing but includes options with many variations. Their purpose is to determine which combination of variables works best. The choice is yours. Remember, however, that sometimes too many options tested at the same time may not be the best idea, especially for a small campaign.

Why do you need A/B testing in affiliate marketing?

The main advantage of using effectiveness tests - A/B tests, is the possibility to choose a version that will result in concrete results. In affiliate marketing, A/B tests turn out to be useful mainly to determine the effectiveness of the actions. For example, one of the options you can check is the profitability of the program. If you don't know what will bring you better results - CPS with fewer leads of higher value or CPL with more leads of small value - just test it. Another idea might be to test location-targeted campaigns. Perhaps in the region to which you are targeting, something else will work better? You need to know which of your content meets the needs of your audience. For this purpose, you can use the offer trackers.

Also, A/B testing has other advantages:

Furthermore, AB tests allow for making relatively quick decisions. They are easy to carry out, enable a precise comparison of specific indicators, and introduce changes aimed at bringing real benefits, and their results do not require complicated interpretation.

How to run A/B testing well?

Incorrectly conducted performance tests can be a waste of time and money. Consequently, they will have little to do with effectiveness. Therefore, it is worth making sure that their implementation is well thought and does not contain errors. What should you avoid when conducting an AB test?

1. Testing pages that do not affect conversion

There is no point in testing something that doesn't significantly affect conversions. One of the key things is to choose elements that can really make a difference and have a real impact on the financial result. With limited time and resources, you should focus on identifying the best “candidates” for AB tests.

If you decide to test two versions of your website and the only difference will be the shade of one of the elements, you can be sure that such a test will be written off from the very beginning. Why? If page B remains almost the same as page A, it will generate similar results. It is therefore recommended to create two contrasting variants when performing each AB test.

3. Testing several elements at once

Running multi-variant tests can lead to a situation where you do not really know which change contributed to the positive results. A/B testing is recommended when you can precisely identify the element that is a potential key to increase the number of conversions.

One of the most common myths is that if a solution works great in one country, it will work everywhere with similar results. Nothing could be more wrong. Not without reason, huge corporations organize dedicated focus groups to study the cultural peculiarities of new regions. Take an example from them! AB tests were invented for something. Cultural differences within one continent can be so different that ignoring them is a simple way to failure.

5. Introducing changes "in the meantime"

It's very easy to get over-early excited about running a test and decide to make more changes. Don't do this. If you disrupt the AB test before it is completed or introduce new elements that weren't part of the original hypothesis, the results are no longer reliable.

Often small changes of 2% or 3% are ignored while waiting for a much bigger improvement. It is partly understandable. Case studies analyzed on the web show that it is worth expecting much better results. Unfortunately, this is a mistake. AB tests are designed to show the differences, regardless of their size. Even a change of a few percent can be as important as higher results.

Test data from AB tests provide a huge amount of useful information about customers, including which segments have the highest conversion rate, which barriers are on the site, or what is particularly conducive to conversion. Therefore, the analysis of the CR (conversion rate) alone may turn out to be insufficient. With the skilful use of analytical platforms, it is possible to adapt the tested elements much better to our needs. Use AB tests wisely, and you will gain even more. 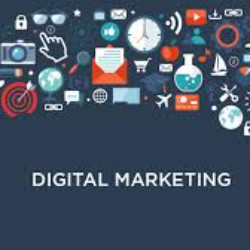 wow! so much things but really interesting

Top 10 MyLead campaigns to be promoted in May 2022

Affiliate marketer guide: How do you run successful programmatic campaigns with a low budget?

Complete surveys for money. A brand new feature from MyLead